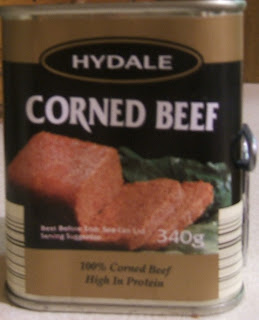 Just a quick note.
I love odd or descriptive medieval names - not that they'd seem odd to their owners at the time. A few years ago a friend turned up a Matilda Wimplewasher in the course of her studies. I came across a Richard Midnyte in the records of Medieval Coventry - great name for a hero! Then there's a Geoffrey Gildenballocks who appears in another record and a lady with a surname unprintable here, but referring to the size of her reproductive equipment.
You just never know what the research is going to turn up. I've just started reading a thesis on the activities of the Bigod family between 1066 and 1306 as background for the work in progress. It's interesting to me because it's informing me about my characters, but to be honest it'd be fairly dry stuff otherwise. However, I've just laughed aloud at a reference to my hero (Roger II earl of Norfolk) being sold a serjeantry by one Hubert Corn de Boeuf. It's not a typo. It's a genuine name. I am now on the lookout for a Sire de Spam!
Posted by Elizabeth Chadwick at 23:24 5 comments: 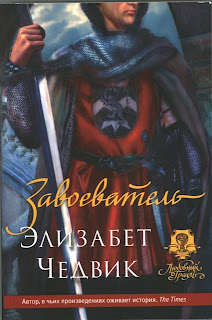 I am behind with my blogging due to preparing my submission package for my next contracted novel before decamping to the spare room while my study gets a makeover.
However, I'm dropping by on the run to say I haven't quite disappeared off the planet - although into another century perhaps!
The book on the left arrived this morning - the Russian version of The Greatest Knight. I rather like it, and it suits the market I think. I also heard that The Scarlet Lion has sold to Italy, so it's been something of an international day in the office.

So what does a submission package consist of?
In my case, it's a blurb (a selling document of between 200 and 300 words giving a taste of what the novel is about), a set of character studies for the protagonists and main secondary players, a very detailed synopsis (13 single spaced pages), a family tree, maps and castle diagrams, and finally, the first three chapters of the embryonic novel, which in this case happens to cover roughly 12,000 words. If I didn't have a publisher, I would severely prune the synopsis, but I have an agent who likes, where possible, a strongly sketched overview of what she's going to get in a year's time. Other than that, I'd keep the submission as it is.
Now all I have to do is go away and write the rest - and think of a title. But in the meanwhile, here's the blurb. I suspect in some shape or form it will turn up on Amazon UK sometime before the year is out.

In 1173, Roger Bigod is heir to the vast and powerful earldom of Norfolk. When his treacherous father, Hugh, loses the family lands and castles in a rebellion against King Henry II, Roger finds himself in reduced circumstances and dogged by a bitter family dispute with his half brother over the remaining crumbs. Whilst trying to resolve the matter of his inheritance at court, he encounters Ida de Tosney, the King’s young mistress.

Having been forced into the relationship with Henry, Ida is drawn to Roger in whom she sees a chance of lasting security beyond the fickle dazzle of life at court. But she has to navigate a careful path between her dearest wishes and the King’s reluctance to part with her, and every fulfilled wish has its price. Hers is losing her beloved little boy, the child she has borne to Henry.

When King Richard comes to the throne, Roger’s fortunes change, his lands are restored and he becomes one of the richest men in England. He builds a great castle at Framlingham for himself and for Ida, but he knows from bitter experience that such fortresses can be razed and everything taken away. When Richard’s brother John in his turn becomes King, Roger is caught between loyalty and conscience, and knows his choice may cost him all that he has regained. Ida watches her family struggle within a tightening noose as all of her sons are drawn into the conflict, brother against brother. As a wife, as a mother, as a Countess, she knows there are debts from the past still to be settled if she and her family are to survive.

Posted by Elizabeth Chadwick at 18:57 9 comments: