IN THE FOOTSTEPS OF WILLIAM MARSHAL TOUR

Seasons Greetings everyone.  May I wish all visitors to this blog peace, joy and harmony in their lives now and in the future.

During the Christmas break, I thought I'd post the url to the Footsteps of William Marshal Tour which is going to be taking place in October 2014. - Just in case any of you were planning a break!

The details are self explanatory in the url.  But I've added some photographs taken on the same format tour in October 2012.   It was so enjoyable.  I loved meeting readers and people who were as keen to follow  William Marshal's story as I was, and it was great to visit the places in England where he had lived, including parts of South Wales, which aren't always on the beaten path.
Here's an url to the PDF information. Footsteps of William Marshal Tour 2014
And also an url to ATA travel's website. ATA Travel Footsteps of William Marshal

You don't have to live in the US to take advantage of this tour. It's open to all comers and last time around we had a lovely international community.  We're still in touch now.

Here are a few photos taken from the tour.  I've not included faces (cept one of me)  for privacy reasons, but you can get the gist of the scenery etc.  They're not quite in order due to the nightmare formatting on blogger. This is just a few of the many.  I'd be here all day posting the lot! 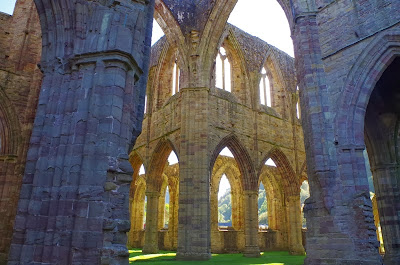 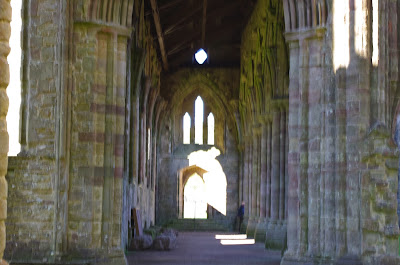 PHOTOS FROM THE FOOTSTEPS OF WILLIAM MARSHAL TOUR 2012.

Posted by Elizabeth Chadwick at 23:05 7 comments: 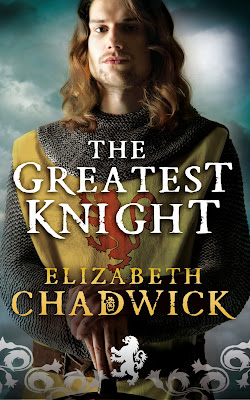 For a very short while, my UK publisher has dropped the price of THE GREATEST KNIGHT on the Kindle to £1.49, so it's an opportunity to grab a bargain if you're in the UK. It'll be going back up in the near future.   It's a bestseller both here and in the USA, where it made the New York Times best seller list.   Click through url here: THE GREATEST KNIGHT KINDLE BARGAIN

If you visit my website, you'll find out why I wanted to write about William Marshal.  Here's an url to his biography from there. William Marshal's biography  There are also suggestions of other sources you can read to find out more about him.

This blog has numerous articles about William, and if you type his name into the search bar on the right hand side, you'll be given a list.  To get you going, here's one about the horses he rode: William Marshal's horses   I especially loved the fact that we know he was given an unrideable horse, but he worked on the harness to improve the rapport between him and the stallion, and ended up with a magnificent destrier for the tournament.  We even know that it was white and called Blancart.

After William died, his son commissioned a poem to be written in detail about his father's life, and it still survives.  I am gradually adding a translation to this blog in episodes, and you will find these too - as far as I have got.  Like William Marshal, it's still a work in progress!


Posted by Elizabeth Chadwick at 11:40 No comments:

GIVEAWAY:  I've been meaning to get around to this forever, so I'm doing it now or it'll still be on the 'to do' heap.
Okay, this is a bit of a different giveaway.  It's going to be a permanent one and this is how it works.
1. On the last day of every month,  I'm going to do a book giveaway of a novel of choice to a reader in the UK, a reader in the USA and another elsewhere in the world - any country.
2. So that readers don't have to keep putting their names in the draw ever month, I'll keep the names on file and select from the pool each month.  So if you don't win in September, you're still in with a chance for October, November etc etc.  By the law of averages, you'll get lucky at some point!
3. The winners will be taken out for 6 months and then put back in, so winning a book doesn't bar you from ever winning again.
4. This will be independent of giveaways organised by my publisher which happen from time to time.  I'll announce separately for them.
5. Regretfully THE SUMMER QUEEN won't be one of the book choices until it comes out in paperback next year because I don't have spare copies on my shelves and would have to buy in extra hardcovers. But all the others are eligible.
6. All you have to do is drop an e-mail to elizabethchadwick@live.co.uk and say clearly which draw you want to be entered for. UK, USA or Rest of World.  I'll set up 3 files on my e-mail account and then choose 1 from each at random on the last day of every month.

Good luck!
NB The Outlaw Knight is titled Lords of the White Castle in the UK and The Time of Singing is titled For the King's Favor in the USA