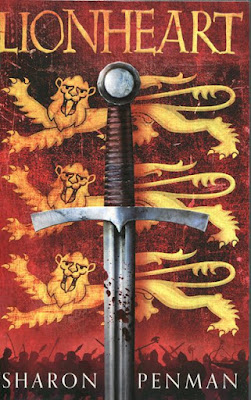 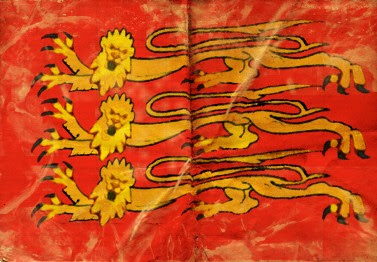 Posted by Elizabeth Chadwick at 09:21 10 comments:

Getting In a Lather

I have realised that there are many posts I have written for my various blog tours that could well do with migrating to my home blog.  So I'm gradually going to put them all in one place.  This one is about medieval bathing habits.  While I'm here, I've also added the wonderful re-issued cover of THE GREATEST KNIGHT to the sidebar.

GETTING IN A LATHER: Medieval bathing habits.
Modern audiences are often confused about the bathing habits and cleanliness of medieval people, and no surprise because there is a plenty of conflicting information - and masses of misinformation out there, especially of the ‘they were filthy and smelly’ kind.  Just as in our society, beliefs, notions, and behaviour according to status and century, differed widely in the Middle Ages.
People took baths a lot less frequently than we do today, but that does not mean they didn’t wash or not care about cleanliness.  King John had a bath attendant called William Aquarius and took a bath once every 3 weeks.  He also had a washerwoman called to do his laundry.  According to a study of medieval laundry habits, the King is likely to have changed his shirt and braies (underpants) at least once every three days.   It’s not the height of hygiene on our radar, ( and perhaps we are over-scrubbed these days)  but neither is it a terrible state of affairs.
People bathed in streams in the summertime.  Geoffrey of Anjou, father of Henry II, caught a chill after so doing and died, but he was doing nothing out of the ordinary by taking a dip. In colder weather, indoor tubs were used. 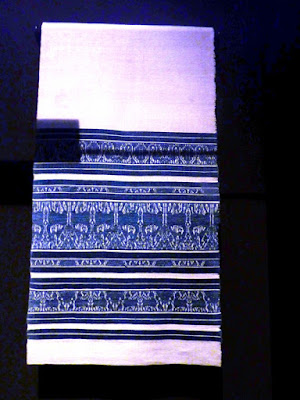 Washing the hands and face were important daily rituals whatever your position in society.  People washed as a matter of course when they got up. Coroners’ records have incidences of people coming to grief when going to wells to wash at sunrise - presumably being still half-asleep, falling in and drowning.  Nuns were exhorted when they rose, to comb their hair and wash their face and hands in good cold water.  There are numerous references in literature and books of conduct that reveal how important washing the hands, face and feet were.  Indeed, washing the feet after a journey was a commonplace ritual, and as a form of relaxation was popular. Nothing like a nice warm footbath at the end of the day.  A host was always expected to provide washing water for his guest’s feet, and often to perform the deed himself.  I have enclosed a photo of a medieval bath towel that I took at ’s .  If you look at medieval illustrations, most towels, whether used in food serving or bathing, are white with these blue borders.  Generally they are made of linen.
Soap receives a few mentions in medieval literature but became more popular as the period advanced.  The main soap of northern was ‘black’ soap based on woodash and sheep fat. There was a flourishing soap-making industry at in the Middle Ages.  Black soap was not particularly salubrious and used more in the cloth industry than on people.  However, the Spanish manufactured a pale soap based on olive oil. ‘Soap of ’ was in great demand among the aristorcracy for their ablutions, although it cost three times as much as mutton fat soap.  ‘Knight’s ’ is still a soap brand today, although I suspect the formula and production has changed somewhat!
The nobility might order and take their bath in their chamber, but there were also public bath houses.  Several establishments existed in on the South side of the river in the suburb of Southwark. (they became known as The Stews and developed a certain reputation for immoral behaviour including prostitution.  In the mid 12th century, King Stephen’s brother, the Bishop of Winchester was a landlord of some of them!).
tubs were usually made out of wood and resembled either large wide-mouthed barrels, or long ovals.  Sometimes a short pole was erected in the bath and a sort of awning set up for the bather – a bit like a shower curtain – so that they could have  privacy and be sheltered from draughts.  Some tubs were big enough for two people and would have dividing boards set across the centre to hold plates, cups, or even games.
Baths were not just for cleanliness alone.  A bath was a purification ritual on the eve of marriage or knighthood.  For example, Eleanor, the sister of Edward III bathed on the eve of her wedding to the Count of Guelderland in 1332 when her chamberlain was paid 18 pence for herbs and other aids to prepare her bath.  Taking a bath was also seen as therapeutic.  A medical treatise of 1400 stipulated that the herbs and spices used in the bath and on the bather should take account of the seasons and be fine-tuned to the humours of the person.  The bather was to rinse his body in cooling scented waters and be anointed with ‘Saracen ointment’ if it was spring and summer. In autumn and winter the ointment should be myrrh and the juice of wild garden spinach.  He would be given a drink made from syrup of roses, and offered food and wine should he need sustenance.  Then he would be dried and go for a nice nap.  It doesn’t sound so different to our luxury ‘me-time’ bath moments with scents, candles and wine, does it?   Some high status medieval residences even had fixed bathrooms.  castle had a tiled one in 1291, as had Sheen in the reign of Richard II.  Edward III’s palace at had hot and cold running water.  Castle Rising had 'ladies and gents' toilets in the main domestic chamber.  Cleanliness and good odours were definitely seen as being next to Godliness.
Sometimes people did eschew bathing as a deliberate mortification of the flesh and as a sign of absolute penitence – as in the case of Thomas Becket, whose garments were filthy and crawling with parasites when he was martyred, but that was not the way the general population chose to live.
The medievals did not have the current super-clean obsession of our own society, but neither were they mired in the stench and filth so favoured by .  The reality, as with so many things, is not polarised, but lies somewhere in between.