I'm covering several bases in this blog.
First to say I might be a bit sporadic posting for a while but will try to keep posting on a regular basis. My mother in law is severely disabled i.e. she cannot cope on her own. Her main carer, my father in law was taken to hospital last night after a fall. My schedule is going to have to be rearranged as we work round this, so online time will be one of the casualties. For readers awaiting the new novel - don't worry. It's on track and will be delivered on time!

Timewatch. I've said quite a lot about it on the BBC2 Timewatch forum, although you'll need to scroll around a bit as the new posts are about their latest episode. http://tinyurl.com/37kkan
I feel the programme was reasonable entertainment for those who knew nothing or were generally interested, but very frustrating for viewers in the know or with an interest in The Marshal. It was mostly about the tournament and William Marshal was obviously a convenient peg on which to hang the subject rather than being a subject in his own right - so a massively missed opportunity. Professor Crouch and Juliet Barker knew their stuff and mostly I enjoyed the 'talking heads' section, although Saul David goes to knightschool was not as edifying. I was surprised to see one of the producers telling the forum that Geoffrey, son of King Henry II, had been killed at a siege by a crossbow bolt. (thus confusing him with his brother Richard the Lionheart) and the same again when the Grand Master of the Temple Church thought he might have 3 sons of William Marshal among the effigies. Actually there are 2. You'd think the custodian would know. Then again see an earlier blog of mine:
http://tinyurl.com/yook4a
Verdict - Interesting in a general sort of way but but rather uneven on its subject matter and could have been better presented and scripted.

My next main blog piece, inspired by thoughts while watching the programme, will be about the warhorses of William Marshal and co. (they barely got a mention)

Finally I said I'd post some photos of my research photos and inspirations to my blog, so here they are to entertain during what I hope won't be too long an absence.

Anon
Elizabeth
p.s. The formatting on the blog post has decided to play up, and will only let me post 4 photographs at the moment.... one of those days I suspect! Apologies
The pictures are of Framlingham Castle, Castle Acre, some blind arcading at Wymondham Abbey and the Prior's house at Castle Acre Priory. 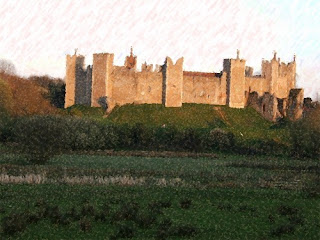 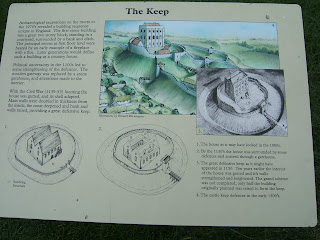 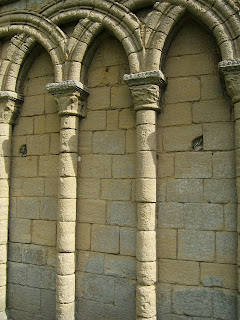 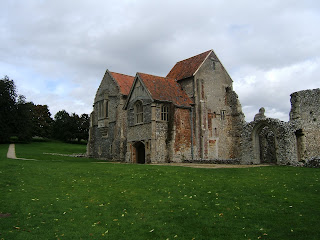 Posted by Elizabeth Chadwick at 12:46

I absolutely agree with you about the timewatch programme, i haven't read The Greatest Knight yet, so i don't know much about William Marshal and was hoping for more information about how he got to his high standing in society and also about his family life. I was also hoping there might be some information on Pembroke castle, as i visited it as a child, but there was no mention of that either.

The building in the fourth picture is really beautiful, do you know where it is or who lived there?

Best wishes to your family.
Where are the photographs taken in Norfolk? I have a feeling I ought to recognise the castle but I'm not sure if I'm right.

Hi Lucy, thanks for dropping by the blog.
It was disappointing that they left so much out. My novels do fill in the gaps when you get around to reading them, and professor Crouch's biography is very good if you want a totally non fiction version of William's life. I went to Pembroke Castle a couple of years ago. Pembrokeshire is a beautiful part of Wales. Historians are still wondering why William's new keep didn't feature many latrines as part of the design!

The building in the fourth picture is ummm....the Prior's lodging house at Castle Acre Priory, Norfolk.

Hi Carla, I should have said where all the photos were - I'll amend it after writing this reply. It was one of those days, but I wanted to update my blog.
The first photo is Framlingham Castle ,second is Castle Acre, artist's impression, third is some blind arcading at Wymondham Abbey and the last one is Castle Acre Priory.

check out my article about family crisis