Quick drop in and the cover story. 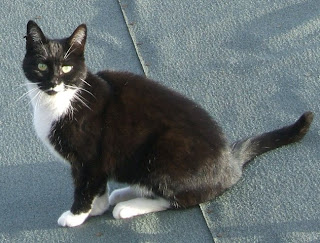 Sorry for the month of silence. I've been busy finishing off and handing in THE TIME OF SINGING. Responses so far have been extremely positive, although I'm not resting on my laurels.
I've thoroughly enjoyed spending time with Roger Bigod II, builder of Framlingham Castle and Ida de Tosney, his wife and former mistress of Henry II. They've taught me a lot.
I am now sorting out the chaos around me before I get going on the next project. I know there's a house somewhere under all the detritus! I've been housekeeping on my PC too and doing jobs that that have been on the 'One day' pile for far too long. To that end, I've now created a blog for all of my book covers. http://coveringthestory.blogspot.com/
It's so interesting to see publishing trends and what sells in other countries that wouldn't necessarily sell here!
I have also arranged all of the Akashic Record sessions into chronological order. A word count shows around 220,000 words, the equivalent of a 700 page book - who knows they may be one day.
I hope normal service will be resumed in the next couple of days. I have a pile of new research books for starters, one of them containing some rather alarming recipes for hair care!
In the meantime, here's a picture of one of my household - Dottie (by name and nature!).
Posted by Elizabeth Chadwick at 22:03

You like cats(or at least have one)! Not only do you have a cat, but it is a black and white cat. A very similar black and white cat rules our household. His name is Prince. And he is very princely. Perhaps you could write a book about him. . . .
Anne G

Welcome back! I have just finished reading A Place beyond Courage, which i enjoyed very much. I wasn;t sure at the start whether i wanted to know about John Marshall, but by the end i liked him! From that story it seesm like William was a clear favourite, but from the other two it appeared that John was. Odd how you read a story. Looking forward to A time of Singng, especially as its set locally!

Anne, I have two cats, but Jasper is very elderly now and spends most of his time in his basket, with the occasional potter to the food dish and outside to perform the necessaries. Cats definitely do rule the household, it's true!

Judy, so pleased you enjoyed A Place Beyond Courage and got to know John Marshal. I confess I didn't know a great deal about him - but what I found out during the researching and writing of the novel caused me to fall for him hook, line and sinker. Sure he was flawed and he made some decisions that we might not make today, but I was looking at him from medieval mindset. Indeed what courage, what fortitude. That William Marshal became the man he was, was down to his father in many ways. I'm going to blog about that nearer the publication time for the paperback.
One of the most wonderful things for me was finding someone else who can read the Akashic Records and she independantly and without knowing the material, confirmed details, including physical description (blond-brown hair, tall, good looking, walks like a predator!) and added to what I'd already found out. I guess I fell for John so hard because although he had his flaws and he made his mistakes, history has tarnished his reputation and made him out to be one faithless, terrible parent...and that's just not true. I wanted to set the record straight.
The Time of Singing was very interesting to write too, and again, there are unsung stories to be told and balances to be redressed. I couldn't believe the audio guide at Framlingham when it said that Roger Bigod II was basically a bad guy and a pernicious rebel, because it was so not true, and there's detailed evidence to back it up. Poor guy. He's very different to John but holds his own with him and with William Marshal. The publication will either be October or January, depending what my publishers decide, but it is handed in and the interim copy edit is booked in for April!

Welcome back, and congratulations on finishing The Time of Singing. Has Roger displaced the Marshals in your affections, or do you love them all equally?