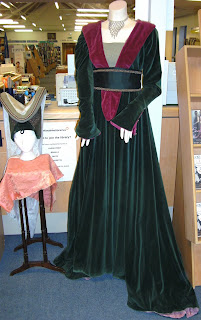 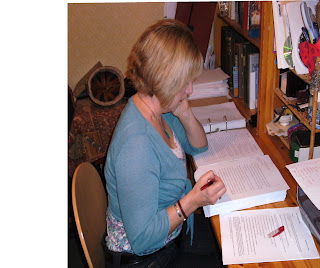 Posted by Elizabeth Chadwick at 17:55

That's a lovely fifteenth century gown they had, I wouldn't mind that myself! Glad the tour is going well. :-)

Hope the library tour is ging well. What a lovely costume at the library display! I wonder who thought of it?

Good luck with the edits.

Every time you mention that Empress Matilda book you're writing, I start to salivate! And yeah, that dress ought to create "brand"