EDWARD OF SALISBURY: A look at an unknown player who survived 1066 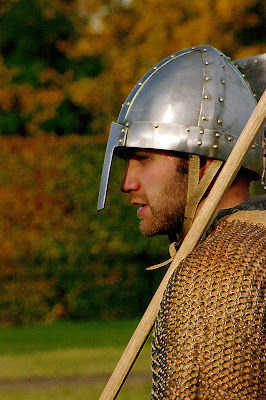 EDWARD OF SALISBURY
WHO?
That is what I would like to know too because he is a man almost completely overlooked by historians and novelists, and yet his unknown and untold story begs to be brought to light.
While researching my novels The Greatest Knight and The Scarlet Lion about the great William Marshal,  knight, courtier and regent extraordinaire of the Anglo Norman realm in the 12th and 13th centuries,  I came across William’s great grandfather – Edward and discovered that he was an Englishman, not a Norman, and that prior to the Conquest he had held extensive territories in Wiltshire – 35 manors at a rough count as well as other in neighbouring counties including Somerset and Hampshire.  He was high sheriff of Wiltshire during the reigns of William the Conqueror, William Rufus, and continued in office under Henry I until 1105, also serving as one of Henry’s chamberlains. He had the custody  of what is now the site of Old Sarum castle where there was once an extensive royal palace.
We know very little about Edward’s background and what we do have is obscure and muddled.   He was  possibly the son of a woman who appears as Wulfwyn in the Domesday Book for Wiltshire but no one can say for certain.  He was, however, of  English extraction, and had held land of King Edward. He not only survived the takeover at the top, he flourished.  It is thought that he married a Norman lady, but no one is sure of her name – possibly Matilda.
Whereas other English noblemen who survived the battle and the initial political upheaval, then went on to fall by the wayside ( Earl Waltheof of Huntingdon for example and the brothers Eadwin and Morcar of Mercia ), Edward of Salisbury enjoyed a full and rewarding career under his new Norman overlords, witnessing charters and being the man of the county.  His son Walter in his turn prospered, further bonding with the Norman aristocracy when he married one Sybilla de Chaworth.  Their daughter, also called Sybilla, married the royal marshal, John FitzGilbert and their second son William went on to rule England as Regent from 1216-1219.  Among Walter and Sybilla’s other children, Hawise was to marry first a French count and then a French prince. Walter’s son Patrick was granted an Earldom by the Empress Matilda.
What particularly fascinates me about Edward is how he managed to survive those early conquest years.  His lands lay in Godwin dominated territory.  He would have been foolish not to toe the party line and surely would not have survived long if he had shown signs of dissent because the Godwins could be ruthless to their enemies. We don’t know if he fought at Stamford Bridge or at Hastings.  However, if he did, (on the English side)  it doesn’t seem to have put him at a disadvantage with his new overlords – a state of affairs that is almost unique as an English aristocratic experience at this time.  If he fought for the Normans, then how did he manage to stay alive until it was safe to declare his interest?  What kind of man would have the ability to wind his way through the changing and treacherous politics of this period, hold onto his lands and prosper when all around him his countrymen were falling?  He’s an unknown and his story is not helped by Victorian historians who have mixed up his family tree with a totally different Norman one.
One of these days I would love to go and do some proper digging and find out just how he managed to survive and prosper.  It certainly seems to me that he passed his amazing ability to ride the waves, down the genes to his rather better known great grandson!
Photo of Josh Beaumont of the Conroi de Vey  by Rosemary Watson
Posted by Elizabeth Chadwick at 22:06

What an interesting character you've uncovered. I can only figure he was some sort of top-flight "double agent" who was secretly working for the Normans early on (which somehow seems unlikely) or he was just a man of such obvious and outstanding abilities that William decided it was worth it to spare him. I suppose we'll never know for sure.

He's certainly one of those figures who should have written an autobiography!

Thanks for posting this. I have been wanting to know more about Sybilla's forebears. As she and John are my great grandparents - 26th thru Wm and 28th thru John FitzJohn, that would make Edward two more great grandparents back. He sounds like such intriguing character who needs a book written about him (hint :-)). It would be fascinating.

Thoughts of being out of the country at the time of Hastings - then still coming back? Or was he so respected by the English that he was able to build enough of a bridge between the two sides afterwards that he was able to remain at Norman court for he kept the peace?

I think a number of the English nobility probably placed allegiance with William after Hastings. Also, William wanted support and there was the attitude of aristocratic inter-sympathy. William always thought England his by right. Edward may have been close to Edward's court and maybe to Edith who was pragmatic. I would dig into the Vita Edwardii commissioned by Edith Godwin, Edward's widow. I'll look again in the Bod when I get time but I expect you have exhausted possible sources. However, Edith was in Winchester at the time of Hastings and she handed over the keys to the city. She was no Matilda clearly. Salisbury itself may have documentation of course, more about manors in the area. If Edward was Edith's man then he would follow her lead. I doubt if he fought at Hastings but it's not impossible. You have unearthed a fascinating story or are about to.