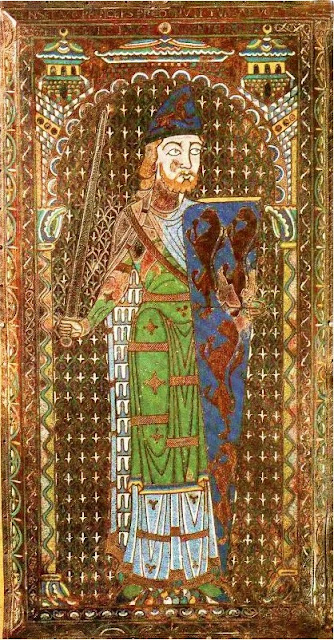 Posted by Elizabeth Chadwick at 14:24

What an interesting article about a fascinating man. I think he would have indeed made an excellent king-consort for Matilda.

Fascinating article about Geoffrey, Elizabeth. He sounds like an energetic young man - pretty much like Henry II later - who packed in a lot into his short life, not too ambitious as not to know his place, but not a walkover either.

Thank you for sharing your research and opinion about Geoffrey.

That Eleanor divorced Louis on the grounds of consanguinity and then married someone to whom she was even more closely related (if I understand rightly) is one of my favorite anecdotes about her. Your theory about her strategic flirtation with Henry's father is a nice touch!

Very interesting- thank you for your research. It makes it easy for the rest of us. :)

I have just finished the whole of this page and have become very absorbed in each tale. So much research has gone into each of them. I am a history freak and I would like to say how much I enjoyed reading each one.